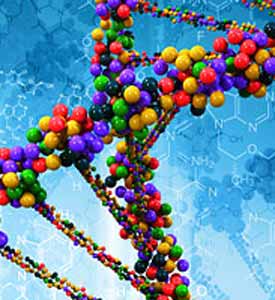 Earlier in June, we exhibited at the “Personalized Medicine and Individualized Drug Delivery” meeting in Vancouver, British Columbia, Canada. The event was jointly organized by the Canadian Society for Pharmaceutical Sciences (CSPS) and the Canadian Chapter – Controlled Release Society (CC-CRS) and took place at the UBC Pharmaceutical Sciences Building, 11-14 June, 2013.

Among the focus topics of this event were biopharmaceuticals, nanomedicines, gene & protein drug delivery. For gene delivery applications zeta potential, size, intrinsic viscosity may play an important role in helping to understand molecular properties and characteristics. Another prominent research area have been small interfering RNA (siRNA) nanoparticles, either with biopolymers such as chitosan or in liposomal formulation. In fact, studies involving siRNA were found to be among the top 10 most cited Zetasizer publications in a Malvern white paper last year. Additionally, a signifcant number of publications already exists, where a Viscotek detector was involved related to drug delivery, typically the particular polymer or copolymer needs to be tightly controlled for optimal drug encapsulation and release properties.

PS: The main Controlled Release Society annual meeting takes place in Honolulu, Hawaii, 21-24July, 2013, with expanded sessions on peptide & protein delivery, techniques for targeted drug delivery, solubilization technology for poorly soluble drugs, sustained release parenterals, nutraceuticals. There should be a range of posters on display where a part of the conclusion was reached with the support of a Malvern instrument.

If you have any questions, please email me at ulf.nobbmann@malvern.com. Thanks!