Do you know your polymers? We’ll show you the ropes. 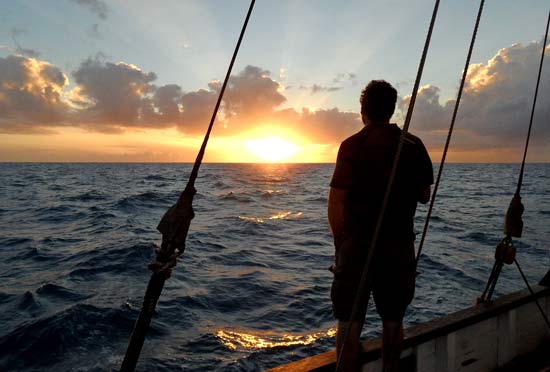 I recently came back from a sailing holiday in the Caribbean.  I hadn’t been sailing before but I couldn’t help but think that the ropes we used make the perfect analogy for polymers.

In simplest terms, the longer the rope, the higher the molecular weight.  Although we had many shorter ropes on the boat (contributing to the number average, Mn), the total mass of rope was probably mostly contained in the longest ropes used to hoist the sails (contributing to a higher weight average, Mw).  A bit more information and we’d probably have had a full distribution of rope lengths and could no doubt even calculate their polydispersity.

But it goes deeper than that.  Keeping the boat tidy was absolutely crucial to effective sailing.  Ropes had to be tied off or coiled or laid out.  They had to be kept separate from each other, especially in the rigging or they would get tangled.  To continue the polymer analogy, they had to be kept at fairly low concentration to prevent interaction and a subsequent increase in viscosity (i.e. getting tangled up).  When sail ties were piled up or in the rope box, the rope invariably got tangled unless they had been coiled properly. 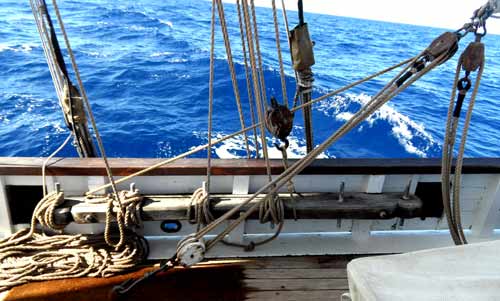 Most ropes were simply whipped (tied off) at the end, but some had loops (consider them as active groups that could react with other molecules) or were tied to other ropes (think of branches and copolymers).

The heaviest thing we had was actually the anchor chain.  Although the same length as some of the ropes it was far heavier so had a higher density (a lower intrinsic viscosity).  On a Mark-Houwink plot, then, the anchor chain would be positioned far lower to indicate its greater density (lower IV) at a given length (molecular weight).

In fact, the more I thought about it, the more I realised that ropes and chains formed almost the perfect analogy to polymers in solution.  So next time you are struggling to get your head around mass distributions and IV, picture the ropes and it might be a bit clearer.

The team here at Malvern have been running a series of webinars on Polymer Characterization.  Part 3. is next week (June 24), and will focus on instrinsic viscosity.  You can sign up for the webinar (or to receive the recording) by clicking this link: Branching out! Intrinsically useful views on polymer structure.

Catch up on the recordings from the rest of the series here:

You should also check out our recent technical note on the topic of measuring the absolute molecular weight of polymers:

More on this topic:

Size Exclusion chromatography – when to use MALS?