A picture paints a thousand particles 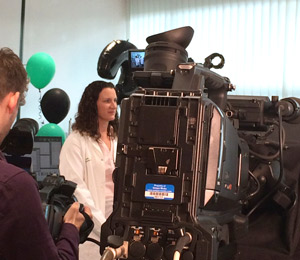 Since becoming Product Manager for the Imaging team here at Malvern, launching the Hydro Sight was a first for me so it has been a very exciting time. Not only because it is my first launch but also because the accessory itself actually brings Laser Diffraction and Imaging closer together.

I’m not sure whose idea it was that we should have a live launch event, but the film crew put us all at ease and somehow it all just came together. Before we knew it, the camera was rolling and Paul was introducing the event.  Anne and I may look nice and relaxed but actually we were more than just a bit nervous.  However as we settled into our parts, actually using the systems, doing the thing we love best, it all started to flow more naturally and was over before we knew it.   You can watch a clip from the launch event below, or watch the full recording here.

The Hydro Sight is placed in-line between a liquid dispersion unit and measurement cell allowing you to see pictures of the particles in your dispersion, which is a great help during method development or for trouble shooting. Guidance for developing methods for laser diffraction offered by standards such as ISO 13320:2009 and USP<429> suggests that the particles should always be assessed by microscopy in order to obtain an idea of the particle size and an assessment of shape. With the Hydro Sight you can now do this at the same time as performing the laser diffraction measurement so you can be confident you are assessing the sample in the same way both by imaging and diffraction. 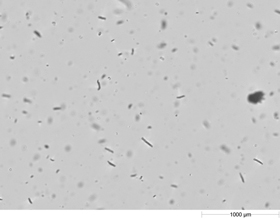 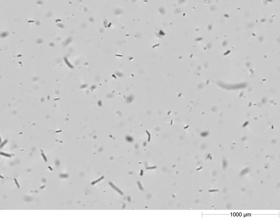 Below we can see a different sample which contains small regular particles but also large agglomerate particles so clearly needs further dispersion. 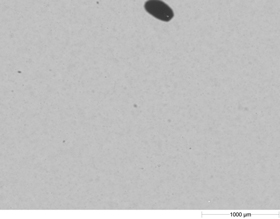 With the Hydro Sight you can capture of images of the dispersion or record a video so that you can show others exactly what went on at a later date.  The dispersion metrics also provided quick and effective supporting evidence for and validation of methods, transfer of method between laser diffraction systems or for troubleshooting. For example, if you see laser diffraction results that suggest there may be dissolution occurring, an image like the one below will help prove that is the case. We can see the changes in the refractive index around the particles that are starting to dissolve and a few minutes later there were no more particles that looked like these. It would now be time to try alternative dispersion media to ensure correct particle sizing. 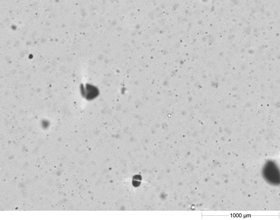 You can find more information on the Hydro Sight by clicking here.  You can even have an instant demonstration by downloading the software and measuring some pre-recorded sample dispersion videos.  Look out for the blogs about the dispersion index and the anomaly detection which are coming soon.  There will even be a change to win a limited edition Malvern mug, celebrating Mastersizer 3000′s third birthday.