Probing the mysteries of the granulator 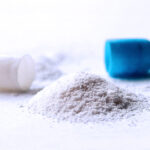 When it comes to scale-up, processes which are based on mixing are often particularly challenging. Critical geometries shift as vessel size is increased and mixing regimes can vary as a function of scale, even when using established scale-up protocols based on, for example, impeller tip speed.

The optimization and scale-up of high shear wet granulation processes exemplifies this problem. Though widely used to prepare blends for oral solid dosage (OSD), wet granulations are notoriously sensitive to small changes in the formulation or mixing regime. Batch to batch variability is often high and each scale-up – from lab to pilot, pilot to commercial – can be problematic.

Learning how to control the relatively few processing variables that can be manipulated to achieve successful granulation is essential, most especially when adopting the rigorous, systematic approach implied by Quality by Design. However, achieving this level of understanding relies on having a metric that quantifies granule quality. Particle size is a primary candidate and has the attraction of being a parameter that can be measured on- or in-line, in real-time, as a granulation proceeds.

This strategy is explored in a recently published article entitled ‘The optimization and scale up of high shear granulation: exploring the benefits of real-time particle sizing’. This explains how a Parsum probe was used to monitor a granulation at three different scales to confirm that, in each case, the granules produced were the same size, and more importantly produced tablets of identical quality as quantified by hardness.

The Parsum probe is well-suited to the demanding measurement conditions that prevail in a high shear granulator. With a range of sizes available for lab to commercial scale granulators, it is robust and resistant to fouling. Particle size is measured using the technique of spatial particle velocimetry, a high resolution technique that produces both number and volume distributions over a wide particle size range. This means that the granulation process can be tracked from start to finish. The reported work shows how the resulting data can be used to confirm that a granulation is following the same trajectory as one at a smaller scale, and that it reaches the same conclusion.

Example studies such as this underline the potential value of Process Analytical Technology – analytical systems that enable the effective monitoring and control of manufacturing processes. By allowing representative experiments at a smaller scale, such technology can cut the cost of development work, help to accelerate scale-up into commercial production, and provide the insight needed for confident, controlled manufacture.

Probing the mysteries of the granulator can therefore be a financially rewarding activity to engage in, as well as helping to build the knowledge base needed to effectively apply this critical processing step.

To find out more about granulation and analytical systems for monitoring and control, click here. Alternatively if you have scale-up problems or successes to share I’d love to hear about them: alon.vaisman@malvern.com