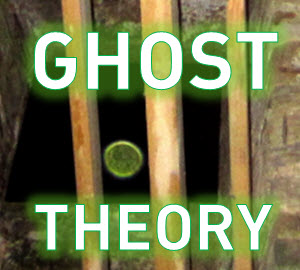 The paranormal has always been a fascinating subject for me. As an amateur paranormal investigator I am often out in alleged haunted locations looking for rational explanations to unusual activity.

Working at Malvern Panalytical we are fortunate enough to work with instruments and methods that are reliable and repeatable every time but when it comes to paranormal investigations this is often not the case.

Whether you believe in ghosts or not there are certainly a lot of interesting individual theories around ghosts. Theory provides an explanatory framework for observation, and from the assumptions of the explanation follows a number of possible hypotheses that can be tested in order to provide support for, or challenge, the theory.

There are many ghost theories that have been expressed from fellow ghost hunting enthusiasts I have met at events. The challenge is designing experiments to support them.

What is the difference between a ghost, a spirit and a poltergeist?

A ghost is commonly considered a residual energy replay. The cause of an apparition of a past event is sometimes thought of as being due to “stone tape theory”. A tape recorder works by sending an audio signal through the coil of wire to create a magnetic field. A magnetic flux forms a fringe pattern to bridge the gap between the magnet and the tape. This flux is what magnetizes oxide on the tape and records sound. As iron oxides are major component of household bricks it is thought that extreme emotional trauma can record a flux pattern within oxides within a building which can be triggered to form a replay of energy which is experienced by an individual after the event has taken place. We know it is possible for a living organism to create a bio-electromagnetic field but to what extent?

What is interesting about hauntings is that they are commonly associated with tragic or unfortunate circumstances and it is thought that during this high trauma that a magnetic field could be created by the human body which is strong enough to record a flux pattern within oxides in building material. This accounts for ghost sightings which are commonly reported at the same location and often described in the same way.

The challenge with this hypothesis is that it would extremely difficult and highly unethical to replicate and reproduce. Not sure many volunteers would sign up to trial being in a high trauma situation for someone to gauge the level of bio-electrical output and then to try and attempt to create a flux oxide recording which could somehow be naturally replayed. It is however an interesting theory which may forever remain a mystery.

A spirit is considered generally as a form of conscious energy that is no longer attached to a living body. This is what is considered by ghost hunters to be responsible for intelligent responses at paranormal investigations. I have personally witnessed these types of intelligent responses at ghost hunting events. Where a question is asked and an auditory, electromagnetic or movement is recorded in direct response. The challenge with this is phenomena is that is very difficult to determine the source energy for the response and to produce a repeatable experiment. It certainly is fascinating to witness. This phenomena is also unfortunately easy to fake. To form an objective opinion I think it would be always best to experience this with a group of people you trust and if you can find a rational source for intelligent response it will usually be that. However the times when it is extremely difficult to rationalize are by far the most interesting.

A poltergeist literally means noisy ghost. This is the label often given when the paranormal activity involves the movement of an object or loud sounds. One hypothesis for this is that the energy moving the objects is actually generated by our bodies through psychokinesis.

Remember though if you see an apparition in your lab it is likely a ghost. If the formula to a new biotherapeutic appears on your fume hood window it’s probably a spirit (or a really clever janitor). If your equipment starts being thrown around by unseen hands… well probably best to do what I do and run out of there shouting poltergeist!!!