Why does DLS say that my particles are too small? 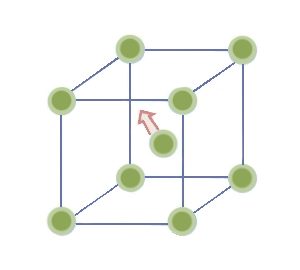 Why are my particles measuring too small?


The technique of  Dynamic Light Scattering (DLS) has become quite standard in many biophysical characterization labs, often alongside common tools like UV-Vis, SEC, AUC, Fluorescence, NMR, AFM, SAXS, or Mass Spec.  As DLS systems (like the Malvern Zetasizer Nano) have become ever easier to use we see an increasing range of applications and research. By observing and analyzing intensity fluctuations in a sample, we can find the diffusion coefficient and, with known viscosity, the corresponding size. Inevitably, at some point the size measured will not be as expected. Here are some potential explanations for this observation:

The measured size is too large

This is by far the most frequently-encountered case. Potential reasons for a size larger than expected (or a diffusion coefficient smaller than expected):

These cases can be understood and investigated intuitively, and are probably something that every novice light scatterer has had to deal with.

The second scenario happens less often and even raises the eyebrows of some veteran DLS researchers:

The measured size is too small

The size measured by dynamic light scattering is smaller than expected (a corollary of the diffusion coefficient measured being too large). As a specific example, an IgG antibody at 10 mg/mL would have an expected radius of about 5 nm – yet repeatable measurements show a size of 3 nm.

How can that be? Here are three potential reasons why the measured DLS size may be smaller than expected:

In the antibody example above, the size and concentration are too small for multiple scattering to influence dynamic light scattering. The protein concentration was high enough to rule out any buffer influence. In this particular example, therefore, electrostatic interactions are likely to have led to the observed reduced hydrodynamic size.

In colloidal physics these effects have been attributed to the structure factor, whereas in the life sciences the more practical hydrodynamic interaction parameter kD for lower concentrations has found wider acceptance. Regardless of which term you use, these effects can be viewed as a sort of caging: a particle is caught in a confined space and bounces off equally-charged neighbors with higher speed than when freely diffusing. This faster movement is measured as a smaller apparent size. The real size of the particle is of course not reduced at all, and this can be confirmed by diluting the sample so that the interparticle effects are minimized. An alternative is to add screening ions (i.e. salts) so that the effective distance of the electrostatic interactions is reduced. The relationship between the hydrodynamic interaction parameter and the second virial coefficient is discussed in the application note Using A2 and kD to assess protein interactions in formulations  and the whitepaper Understanding the colloidal stability of protein therapeutics using dynamic light scattering.