Onto Day 2 of the meeting in the beautiful sunshine of Paris, with another agenda full to brimming with a great set of inspiring presentations.

The first session of the morning was chaired by Malvern’s Aymeric Audfray, and was entitled: “Developments in ITC applications into challenging areas”. The session was kicked off by Anne Imberty, who spoke about “ITC for structural glycosciences tools”.  This talk was followed by Laurent Bouteiller from Pierre and Marie Curie University who delivered a presentation on using “ITC as a tool for the characterization of self-assembled systems in organic solvents”.

Interaction with the audience was high once again, with many questions providing a stimulating and thought-provoking environment.

During the coffee breaks on both days, the poster session was busy and popular, and highlighted many different applications for calorimetry. We also showcased some of the biophysical tools from Malvern’s product range, including MicroCal PEAQ ITC , Viscosizer and Archimedes.

“I liked the familiar atmosphere and that the meeting covered both ends of the spectrum, with basic information as well as highly sophisticated research insights.” Arthur Sedivy, Vienna Biocenter Core Facility GMBH 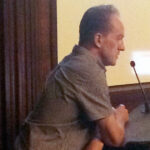 Joe Coyle kicked off the second session of the morning with a very interactive talk discussing published data, in which he debated the quality of the analytical output from a range of biophysical tools. The audience were treated to a great deal of relevant information – this was a well-received talk, which highlighted Joe’s passion for ITC as a biophysical tool.

David Landy, from the University of Littoral 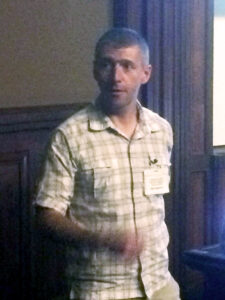 Dunkirk, presented a fantastic talk on “Improved characterization of supramolecular assemblies by non-conventional  ITC experiments”, which was followed by Eric Ennifar (University of Strasbourg), who gave a talk on “10 good reasons to perform ITC experiments”.  This presentation generated many discussion points, including best practices for ITC. Eric’s talk also featured KinITC and the best practices for using it. 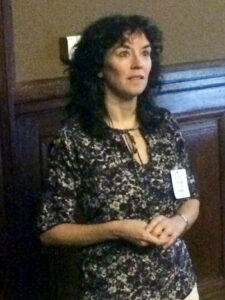 The final session was a very interactive discussion on “Best Practices in ITC data analysis, quality optimization and appraisal of complex binding and kinetics” which was chaired by Eva Muñoz, AFFINmeter and Adrian Velazquez- Campoy, Zaragoza, University of Spain. It was great to see so much discussion generated during this session.

Prior to the concluding remarks for the formal presentations section, the winners of the QUIZ were announced. The winners, after a hard-fought battle, were team “2 Germans, a Dane and a Canadian”. Malvern bloggers Eva-Karin Jyde and Maria Walton presented the winners with a small prize.

”I liked the workshop session and that the meeting was very interactive. The venue was great and easily accessible.” Blanca Lopez, Copenhagen University

Patrick England, from the Institut Pasteur, and 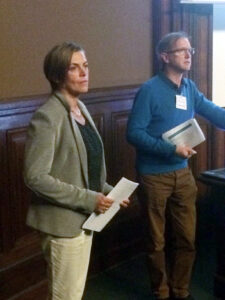 Natalia Markova (Malvern) offered their closing remarks and concluded that this had been a great meeting,  with fantastic scientific content, with some superb interactive contributions from the international calorimetry community. The hosts at the Institut Pasteur were fantastic and the venue truly inspiring for an excellent scientific exchange of ideas.

The ITC workshop consisted of 2 parts: Part 1 – “Principles and applications of ITC – Best practices for experimental design and analysis”, delivered by Aymeric Audfray, and Part 2 – “Advanced data analysis (including competition assays, enzyme kinetics and binding kinetics)”, and included best practices to ensure the quality of ITC data. We would like to thank Angel Pinerio from AFFINmeter for contributing to this workshop.

The DSC workshop was led by Natalia Markova and kicked off with Part 1 – ”How DSC works and why to use DSC when alternatives exist!”  This part included 2 presentations: Principles of best practice of DSC analysis, and Data quality in focus. David Staunton, from the University of Oxford – Facility Manager of Biochemistry – contributed to this workshop and highlighted some recent applications of DSC at Oxford.

Part 2 of the DSC workshop was entitled: “What can we learn from DSC?”  Three areas of discussion were incorporated into this section: “Advanced DSC data analysis”, which Natalia presented, followed by Margarida Bastos – University of Porto, who discussed “The use of DSC for characterisation of thermotropic phase transitions in lipid bilayer membranes”. The DSC workshop concluded with a final discussion on “Profiling and optimisation of protein stability with DSC”.

The workshops rounded off  an excellent 2 days of meetings, presentations and discussions for our European Microcal Calorimetry Community, providing a fantastic forum for the exchange of ideas, and brilliant scientific content which touched on many wide-ranging applications of calorimetry across Europe in a truly amazing setting in Paris at the Institut Pasteur.

We would like to give a massive thanks to Patrick England for hosting the event. We would also like to thank the scientific committee and the Arbre group, all the Chairs for each of the sessions for ensuring the meeting kept to time, as well as the Malvern France team, Natalia Markova and Aymeric Audfray, for their invaluable contribution to a hugely successful meeting. But the biggest thanks of all goes to our speakers: without you this meeting would not have been possible!

We look forward to next year and our next gathering of Microcal European Calorimetry users, which we know will provide an equally engaging forum.