Thermodynamics in the woods

Many scientists will recognize this equation, relating the enthalpy and entropy change of a reaction to ΔG or “Gibbs energy.”  But do you know anything about the man behind this expression of energy? 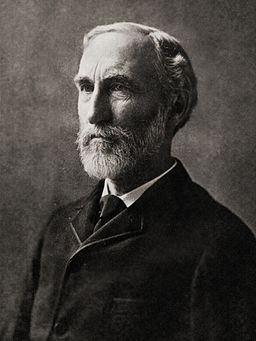 Josiah Willard Gibbs (1839 –1903), spent most of his life in New Haven, Connecticut. His work on the applications of thermodynamics was instrumental in transforming physical chemistry into a rigorous deductive science. Together with James Clerk Maxwell and Ludwig Boltzmann, he created statistical mechanics (a term that Gibbs coined), explaining the laws of thermodynamics as consequences of the statistical properties of ensembles of the possible states of a physical system composed of many particles. Gibbs also worked on the application of Maxwell’s equations to problems in physical optics.

In 1863, Yale awarded Gibbs the first American doctorate in engineering. After three years in Europe, Gibbs spent the rest of his career at Yale, where he was professor of mathematical physics. Commentators and biographers have remarked on the contrast between Gibbs’s quiet, solitary life in turn-of-the-century New England, and the great international impact of his ideas.

In 1987, scientists from 11 U.S. institutions met together in Carbondale, IL for the first Gibbs Conference on Biothermodynamics. The goal of the conference was to foster innovative applications in the field of biological thermodynamics, which was a new field of research at that time.

The Gibbs Society of Biological Thermodynamics was founded to support the conference, and remains today incorporated as a nonprofit 501(c) organization. Participation by students and postdoctoral fellows at the conference is stressed, in order to further the aims of the society in future research.

I recently attended the 30th conference 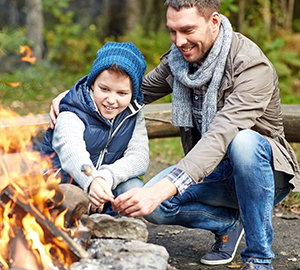 held at the rustic Touch of Nature Camp near Carbondale, IL, along with about 200 other scientists (principal investigators, grad students and postdoctoral scientists).  Talks and posters were focused on biothermodynamic and structural studies of proteins, nucleic acids, lipids and membranes.

Over the course of 2.5 days, there were thirty presentations and 120 posters. This year’s topics included energy landscapes, catalysis, proteomes, folding, binding, allostery, disorder, thermodynamics and kinetics. Fifteen of the speaker slots were reserved for grad students or postdocs, giving them invaluable experience in presenting their research in a public setting.

The Gibbs conference has grown over the years.  Most of the attendees are from Midwestern and Southeastern US universities, with several attendees from the East and West Coasts of the USA, as well as Canada.  Many attendees started coming to the meeting as graduate students or postdocs. These scientists now are principal investigators with their own labs, and bring along their current grad students and post docs.

Due to the popularity of the conference, and to maintain its relatively small size, attendance is capped and is by application only.

Even with the packed scientific schedule, there was time to enjoy the natural setting, with hiking, canoeing, and bonfires.  There was also ample time for lengthy scientific discussion over meals, or during the receptions.

Information about the 31st Gibbs conference will be available online in Spring 2017.  You can request to be put on the distribution list by sending an email to GibbsSociety@gmail.com, or you can contact the organizers for next year’s meeting, Scott Showalter (Penn State University and Ana-Maria Soto (Towson University).