The French symposium of the French Group of Studies and Applications of Polymers (GFP) is the major French congress of polymers.

The 45th edition took place recently in Marseille under the bold architecture of the Villa Méditerranée, designed by Stefano Boeri, a committed actor of the Italian political and cultural scene. 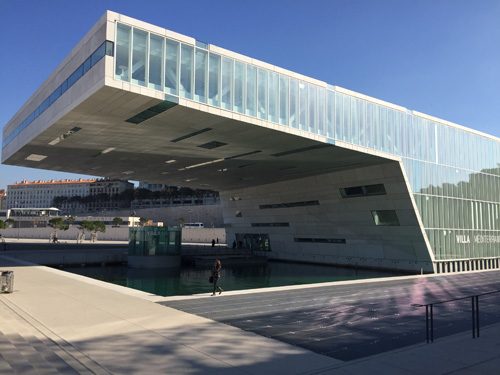 During this conference, we presented the benefits of Viscotek SEC MALS 20.

The SEC-MALS 20 multi-angle light scattering detector  can be used on all GPC / SEC systems and especially Malvern’s latest OMNISEC range. The 20 signals of the SEC-MALS detectors connected to the size exclusion chromatography system make it possible to measure the absolute molecular weight as well as the radius of gyration of the polymers, independently of the retention time. The system can measure any synthetic or natural polymers but also small proteins and large polysaccharides. 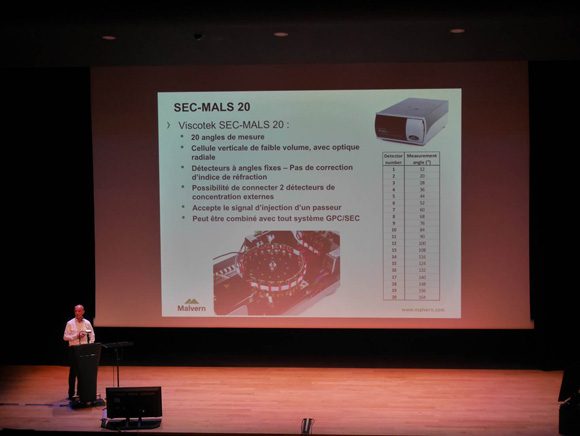 The great precision in the measurement of the variation of scattered intensity at angles as low as 12 degrees makes it possible to extrapolate between 12 and 0 degrees, and to measure a molar mass by taking into account the form factor Pθ present in the Rayleigh equation. This is particularly advantageous for bulk polymers and for large multimers.

The GFP 2016 congress was organized by two French laboratories and a Quebec laboratory:

The objectives of the congress were the presentation of recent innovations in polymer materials and their applications as well as the gathering of francophone communities already started with Luxembourg in 2015. 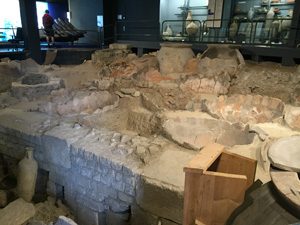 The congress ideally located on the courtyard of the MuCEM and a stone’s throw from the Roman docks has been the occasion of cultural excursions and especially in the museum of the Roman Docks. Indeed, about fifteen years ago, a seminar organized by Malvern Instruments was the occasion for a meeting between the members of the company and a team of young geologists from Marseilles. In charge of the excavations at the back of the town hall, they had just discovered wrecks from several boats under which sediments had accumulated and had remained protected from the hull. In less than an hour we had carried out twenty analyzes that would have taken hours with pipettes of Andreasen. Rendez-vous was taken the next day to visit the site. Excitement reigned on the yard, knots still made with mooring ropes had just been discovered. The somewhat collapsed wooden pontoons were still there dating back 400 years BC. Hundreds of pottery emerged from the excavation squares. In the picture below we see part of the warehouses and dolias that contained wine and oil.

These Roman docks are one of the few known Roman commercial 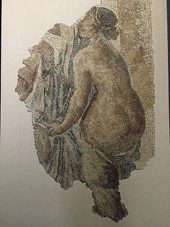 warehouses in the world.

Some of these dolias are 1.70 m high and 1.60 m in circumference and reach a volume of 1 800 to 2 000 liters. They were buried in the ground to the collar and were closed by a lid still visible on some and coated with resin inside. Thus buried, they remained immune to temperature variations, which was an advantage for the conservation of wines. Their manufacture was very delicate. They had to be cooked on the place where they had been made. 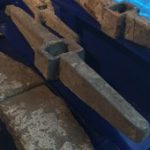 Finally, part of the museum shows the evolution of the anchors of the boats. It took some time before men discovered the advantage of the shape of the modern anchor to keep the boats at anchor and prevent them from drifting with the wind as was customary with the old ballast dating from 2000 BC ! These circular stone-shaped balls pierced in the middle allowed the passage of the mooring ropes but slid on the seabed.

The exhibited material comes from a period dating from the 6th century BC and the 4th century AD It gives a global vision of the great maritime city that has always been Marseille of the Greek era and Roman to the present day.
View all blogs