A group of Malvern & PANalytical employees/adventurers (& friends) recently embarked on a trek in scenic Snowdonia. “Who were they?”, you might ask…

Bound together by a love of beautiful scenery, good walks, and Jenny’s amazing soup, we braved the perfect conditions to get to the top! But the adventure was not without challenge. And getting together became harder when the rendezvous parking area turned out to be full. We had to find each other despite our phones receiving barely any signal, and no landmarks by which to orient ourselves. The most we could say was: “We’re next to a gravelly mountain!”, when in fact we were surrounded by them! 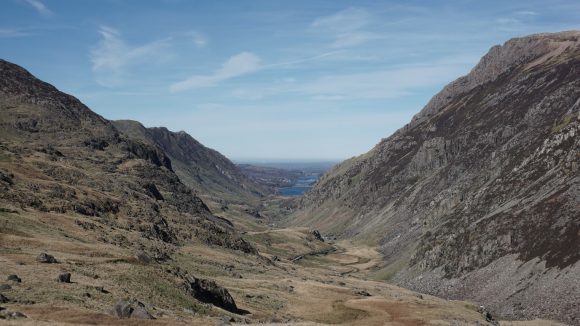 We were all wearing multiple layers of clothing expecting cold weather (apart from our valiant pathfinder Anthony, who was in his T-shirt right from the beginning), but quickly stripped those layers off!  Keen to get to the top but also to get to know each other, we walked and talked, making an occasional stop to remove another layer.  The path was quite clear and we found we didn’t need our map. We followed the various signs, trying to pronounce the quite enigmatic Welsh language (maybe we should have taken an expert for that, too!). Soon we got our first peek at the peak! It seemed so close from there…but what we did not know at the time was that on such a clear day, you could also see Ireland from the top of the mountain… and it would also appear close! 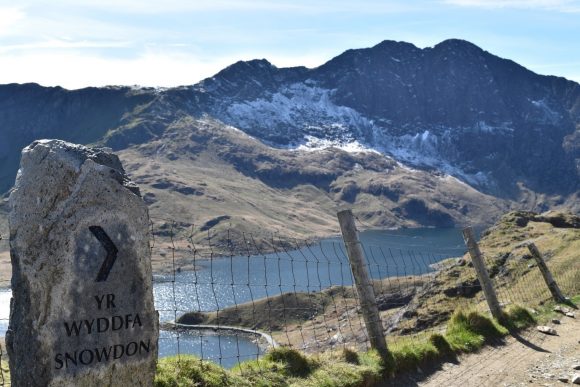 Heartened by the sight, we continued our ascent. We were happy to see that Olaf (Frozen) had achieved his dream! 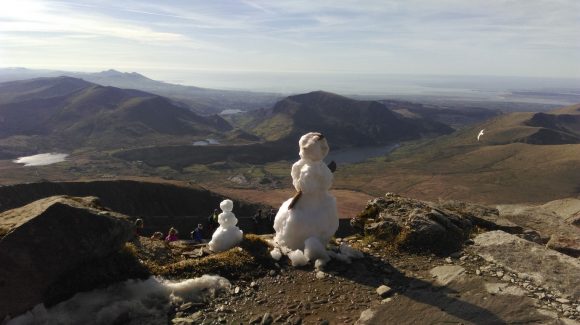 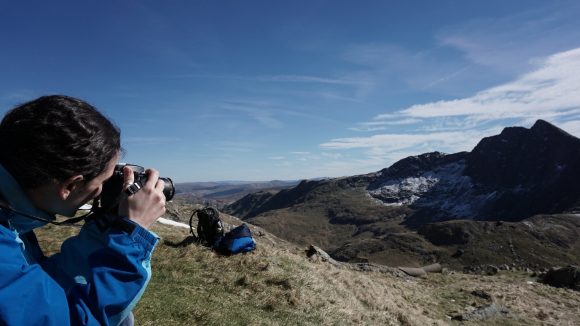 … And yes, also a lot of photos of ourselves! At lunchtime, Jenny told us the tale of ‘Gelert’, the faithful hound of the medieval Welsh Prince Llewelyn the Great. The tourist Maxime, always happy to hear stories, was a bit saddened at that one. But nothing could take the shine off our day! 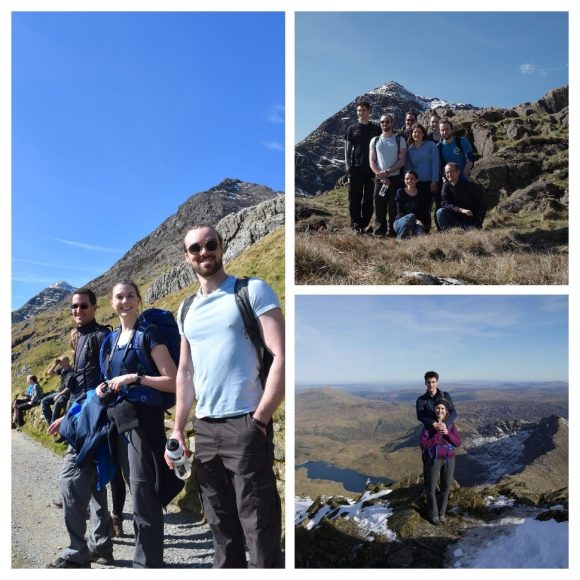 We got close to the top in no time, with snow at our feet! Since the snow was so slippery, we also fell over in it fairly frequently! But it was all worth it, as the scenery at the top was magnificent! 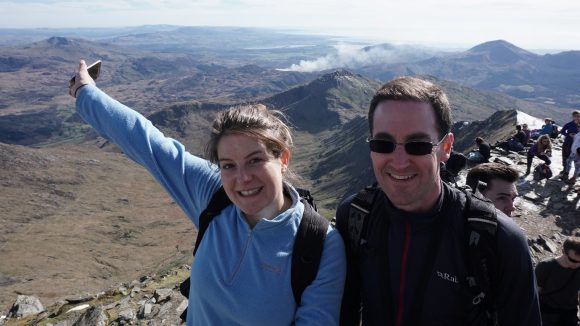 There were so many people at the top! And a queue (equivalent to the ones you see at New York Starbucks) to get to the beacon! It might not seem crowded on this picture, but believe me when I say that we had to try an awful lot of different angles to get the fewest people in the picture. Someone still managed to sneak in… 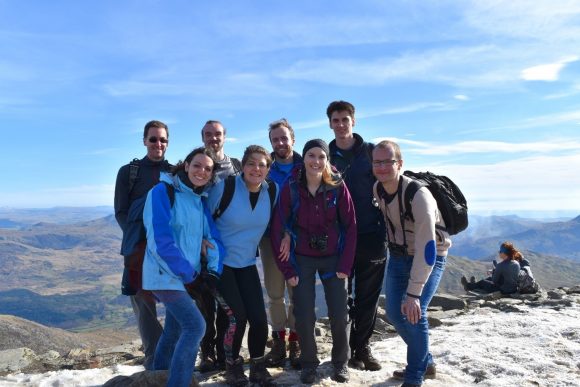 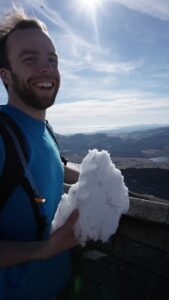 Although there was snow, by no means was it cold up there. And some of the younger members of our group did enjoy playing in it.

But time was running out and we had to start heading back. The climb was over. But as the next photo shows, the journey down was only just starting… our next destination was the lake.

But that did not affect our triumphant mood! We had done a peak and were already talking about doing the 3-peak challenge!

Let’s just say that this particular tourist will need a little more training for that…. 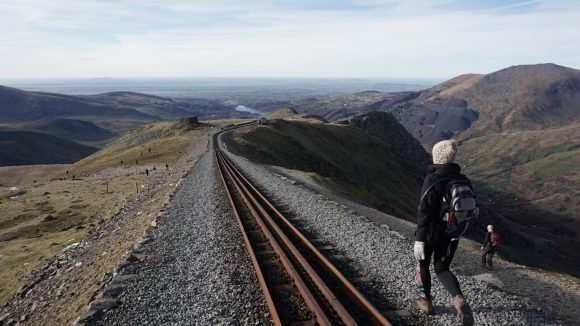