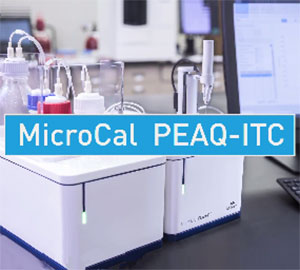 Molecular recognition is key in all biological processes and cellular responses. It is critical to characterize the structural and thermodynamic forces behind the recognition and specificity of macromolecular interactions in order to understand the molecular events in a cell. Several biophysical techniques (including fluorescence, circular dichroism, Fourier transform infrared spectroscopy, mass spectroscopy, surface plasmon resonance, and microscale thermophoresis) are used to characterize non-covalent molecular interactions.

Isothermal titration calorimetry (ITC) has become a popular and versatile bioanalytical method for the direct measurement of binding affinity between interacting molecules.  ITC instruments were first developed in the late 1980s, and since then ITC has continued to grow in popularity (see the table showing total numbers of Google Scholar citations for MicroCal ITC, from 1987 to 2016), At the time of writing this blog, there have been another 900 (approx.) MicroCal ITC citations generated during 2017. These citations are from a wide variety of journals and books, covering disciplines including biochemistry, biophysics, molecular biology, virology, structural biology, chemistry, and medicinal chemistry.

ITC experiments are simple to perform. One binding partner is placed in the ITC reaction cell (maintained at a constant temperature) and the second binding partner (ligand) is placed in an injection syringe.  The amount of heat released or absorbed after each injection of the ligand is proportional to the amount of ligand bound to its binding partner. The heat changes represent a variety of bonding rearrangements that can occur during molecular interactions, as well as heats of dissociation. These heat changes are manifested as an overall change in the Gibbs free energy (ΔG=RTlnKD), wherein KD is the dissociation constant characterizing the binding affinity between the interacting molecules. Fitting the binding isotherm to the appropriate model provides valuable information on the binding stoichiometry. Finally, interactions between the biomolecules represent the enthalpy and entropy effects, contributing to the thermodynamic signature of binding.

The advent of modern-day microcalorimeters such as the MicroCal PEAQ-ITC has contributed significantly to the emergence of ITC as a favored analytical technique in modern biology, and its recognition as the “gold standard” for binding interaction analysis. Improvements over earlier ITC systems include reduced sample volume, improved heat sensitivity, easy-to-use instrumentation and software, and automation. The versatility of samples and interactions that can be studied by ITC, as well as it being a label-free, in-solution (no immobilization) technique, have also contributed to the popularity of ITC.

Historically, ITC has been extensively used to study protein-small molecule, protein-lipid, protein-protein, and protein-DNA interactions. ITC can be used to study the interaction of any molecules in solution (or suspension) that results in a heat change during binding. In the last few years, new applications of ITC have emerged, such as using ITC to monitor binding kinetics (on/off rates) and enzyme kinetics of substrate-to-product conversion.  ITC can be used to detect interactions for applications where other technologies struggle, such as binding to nanoparticles, surfactant-polymer interactions, and guest-host binding studies. ITC can be performed in the presence of most buffers and additives, including detergents and surfactants, so membrane proteins can also be studied by ITC.

Since ITC does not result in ‘false positive’ results (indicating binding when it does not actually occur) ITC has also been the technique of choice to validate results from other binding assays and to screen for binding prior to structural studies using X-ray crystallography and Nuclear Magnetic Resonance (NMR). This has allowed only high-affinity protein-ligand interactions, as confirmed by ITC data, to be taken forward for 3D structure determination. During drug discovery, ITC is frequently used for the biophysical characterization of the interaction between a drug and its target. For example, Fragment-Based Drug Discovery (FBDD) efforts, in conjunction with ITC, have proved useful in the rapid screening of drugs. ITC-based drug discovery methods have provided a pathway to structure-based rational design of drugs.

Overall, ITC as a technique has come of age, and should be part of your analytical toolbox.  Given its versatility and also future advancement of the instrumentation, we can look forward to the development of more novel applications of ITC in modern biology. 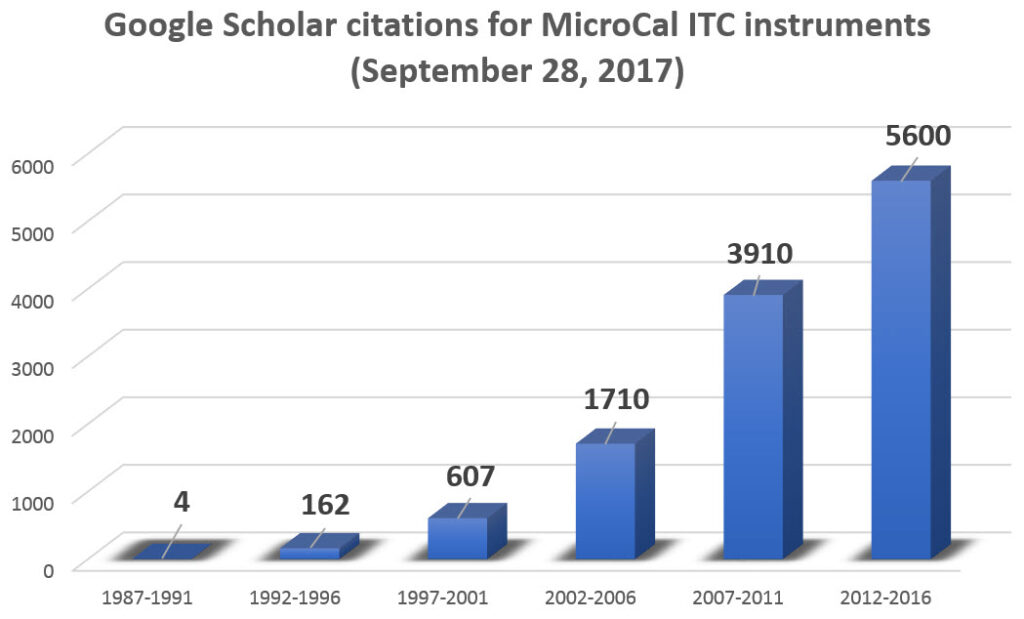 Feel free to email me with any specific questions on ITC –  I am here to support your research efforts.  You can also contact your regional Malvern Panalytical office, or your distributor, for more information.

Before you purchase an ITC, review this document: