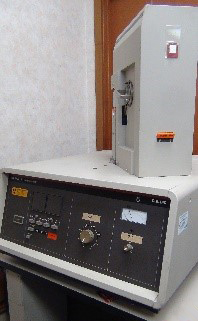 I recently had the pleasure to visit a new Aeris customer in Orlando, FL – Louis C. Herring Laboratory. This service lab has been in business for over 60 years, specializing in the analysis of kidney stones, also known as urinary calculi. What I found amazing about this site is that their Aeris actually replaced a Philips Analytical PW1840 system, our first generation benchtop XRD produced in the early 1980s. Their PW1840 ran for three decades, amassing over 41,000 hours of operating time and requiring little to no service through the years. But earlier this year they decided to retire the system and look at modern XRD (X-ray diffraction) technology. Their timing was impeccable, as the new Aeris benchtop XRD was just launched in November 2016.

I learned from Louis C. Herring lab president Glenn Austin that X-ray diffraction has long been regarded as a definitive technique in the identification of phases present in a kidney stone by their customers (medical and veterinary doctors). “X-ray diffraction is key to our business. XRD is highly specific, and can distinguish between anhydrous, monohydrate and dihydrate forms of phases found in stones, for example, mixed urates and mixed oxalates”. Although a typical stone sample weighs in at 10 mgs, I saw specimens in their collection as large as a baseball! Ouch…

But back to the Aeris system, when I asked all the technicians who operate the system if Aeris makes XRD easy, I got a resounding “Yes!”.

Laboratory supervisor David Fletcher added “it’s definitely easy to operate – we were all trained in a matter of hours to use the instrument, and it fits right into our workflow.”

Glenn also commented “the resolution is incredible, and the software is user friendly – we have used the [Aeris] all day every day since the day it was installed.”

The team at Louis C. Herring analyzes dozens of stones each day. According to their website, Louis C. Herring Laboratory has analyzed over 4 million calculi, more than all other stone laboratories in the United States combined. I could see that their new Aeris system is already a part of their analysis process that promises to “leave no stone unturned.” And I learned more about kidney stones than I ever imagined I would – thanks for the grand tour, Louis C. Herring Lab!