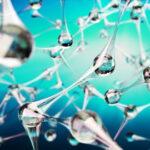 Results of a multi-round interlaboratory comparison (ILC) of NanoSight instruments were recently published1, setting a benchmark for repeatability and reproducibility for the Nanoparticle Tracking Analysis (NTA) technique. The limits of measurement were shown to extend beyond the 30 nm –600 nm range (with all NanoSight models), with percentage coefficients of variation (% CV), calculated as sub 5% for monodisperse samples. The process further highlighted how much variability or error might be introduced if inappropriate instrument settings or analytical procedures are used.

As a relatively new technique, there remained questions about the robustness 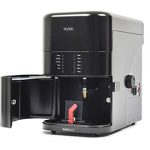 of NTA and the effect of operator or analytical variability on results. The study reviewed multiple rounds of ILCs, with the aim of refining and validating the NTA technique through the implementation of standardized procedures from Malvern Panalytical, as well as advances in the operating software.

The concentration calibration feature was also introduced in the final round of testing. This recently-introduced software feature compensates for variability between instruments and between users. Application of these corrections to the final set of samples resulted in sizing accuracy above 97%, and concentration CV less than 9%.

This important work should serve as a guide for data quality, but also as a cautionary tale about the importance of method validation and testing.