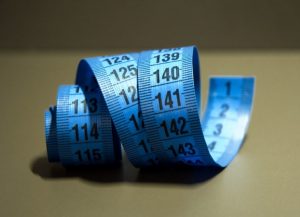 We recently announced that the company has received a US patent and Australian patent on its new solution for the multi-sensor analysis of complex geologic materials. The patent is centered around the ASD brand of near-infrared spectroscopy (NIRS) solutions, including the TerraSpec® and FieldSpec® instruments, that are part of the Malvern Panalytical family of products. The unique solution was invented to improve the characterization of natural geological materials.

Many different analytical techniques are used to describe mineralogical and metallurgic response of mining ore, and we often see mining companies measuring the same sample with more than one technology. The results from these technologies have been used as individual data and could not accurately describe the mineralogy, metallurgical response, metallurgical properties, or other material properties as completely as the mining industry requires. XRF, LIBS, RAMAN, NIR, and IR all provide information based on different parts of the electromagnetic spectrum, and some techniques provide information regarding the elemental properties of a material, while others provide more molecule information. This led us to consider that, rather than thinking only in terms of what a specific analytical technique could do, what ALL of the data could do together! Combining techniques, a concept also referred to as “Data Fusion,” can lead to better characterization of mining materials.

Thus, this was the basis for a new Malvern Panalytical patent, which combines multiple techniques in a single multivariate calibration model in order to predict mineralogy or metallurgical response parameters. Through a combination of technologies and their data, more complete ore characterization can be accomplished than by using the same technologies without the creation of a data fusion model. We believe that the data fusion technique will be useful for a wide range of ore characterization challenges currently faced by the mining community, enabling better characterization at a lower cost than previously possible.

The methods included in this patent combine both elemental and molecular analysis techniques that are very rapid and, in many cases, require little to no sample preparation. With this new approach, the data produced by Malvern Panalytical customers can be utilized to greater benefit in a way that has never been possible before.

Combining the data from a TerraSpec or FieldSpec with another analysis tool, such as an Epsilon 4 benchtop X-ray fluorescence (XRF) spectrometer, will result in a 30% to 50% reduction in prediction error while maintaining high throughput, generating millions of dollars of value in operational efficiency and ore recovery.