A bug in the system!

In this blog post, we look at the history of the software ‘bug’ and explain how not everything that appears to be a software issue is caused by the software itself. With this in mind, we examine how the new design of the Morphologi 4 and Morphologi 4-ID  has helped reduce the risk of environmental issues causing problems which may previously have been mistaken for bugs in the software.

The term ‘bug’ was used as far back as the 1870s to describe errors or glitches in a system. Early adopters of the term include Thomas Edison. However, one of the first examples of the term being used to describe an error in a computer program is by Grace Hopper in 1946 when she noticed that a Harvard Mark II computer was consistently showing calculation errors. When the engineering team opened up the hardware, they found the cause of the problem to be a moth trapped in a relay!

There are two things I really like about this story. First, the team decided to physically tape the ‘bug’ to the log book with the note “First actual case of bug being found”. Second, it demonstrates how there are many factors that can cause a system to stop working correctly, including external environmental factors, such as a simple moth. This often makes me think of the ‘butterfly effect’ – the theory that something seemingly small and insignificant like the flapping of a butterfly’s wings can eventually create a phenomenal change. This inspired the short story ‘A Sound of Thunder’ by Ray Bradbury, where a time traveler inadvertently kills a butterfly, resulting in major changes to historical events millions of years later. 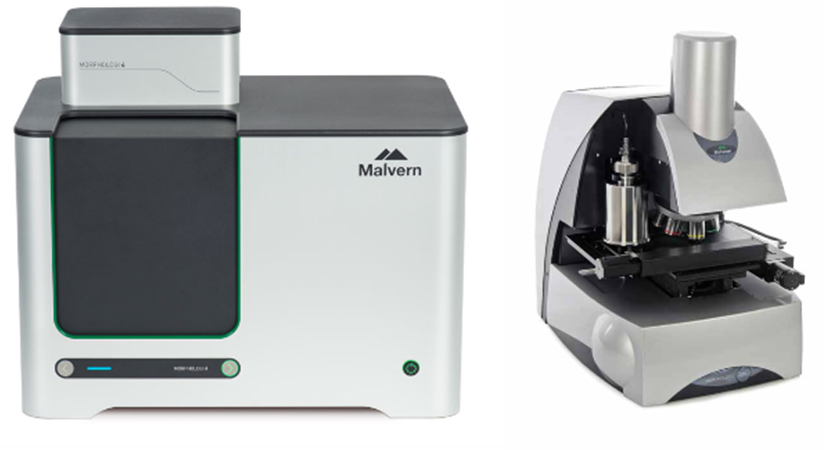 A small breeze caused by an aircon unit, desk fan or an open window could be enough to significantly alter a sample during a measurement. This issue was occasionally encountered with previous models of the Morphologi range when the sample stage area was open and exposed to the elements. We’ve had cases in the past where particles have changed, moved or even gone missing. There also used to be a risk of dust particles contaminating a carefully-prepared powder sample, unless precautions were taken. The fluttering of a butterfly’s wings was not usually enough to alter a sample, but there was little to stop a moth or fly from flying onto it.

The new design of the Morphologi 4 and Morphologi 4-ID completely contains the sample within the instrument, protecting it from external elements that might cause change or degradation. The sample loading area is now accessible via an automated door, which also happens to be a great barrier to moths! And as I have previously blogged, we are also constantly developing and improving our suite of automated tests to reduce the risk of real software bugs.