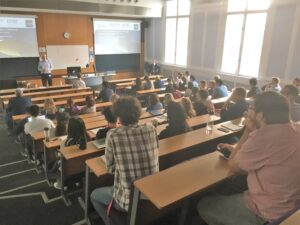 Malvern Panalytical had the pleasure in being invited to participate in a seminar dedicated to Advanced Characterisation of Materials at Imperial College London on the 24th October. The seminar was attended by 63 students, researchers and academics in the old Royal School of Mines building.

It was an afternoon event chaired by Dr Andrew Cairns of Imperial College London, with a comprehensive series of presentations focusing on materials characterization by X-ray Diffraction & X-Ray Fluorescence techniques.

The following topics were presented: 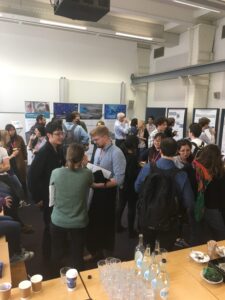 Chaitanya Paramatmuni is a year 3 Ph.D. student working on engineering alloys and presented some of his work particularly that looking at the role of texture on the deformation behavior of engineering materials.

George Wilson is a year 2 Ph.D.  who gave a very nice overview of the characterization facilities in the Department of Materials populated by many variants of Malvern Panalytical’s X-ray Diffraction equipment. George also presented some data on his research on perovskite oxides as a cathode material for high power density solid oxide fuel cells.

The final presentation of the afternoon was given by myself Terry Soteriou, Account Manager with a quick overview of the theory of X-ray Fluorescence followed by many examples of where this technique is used in industry and research.

A big thank you to Mr Richard Sweeney and Ms Patricia Carry for organizing the event and we look forward to being invited to participate in similar events at Imperial College in the future.