Around the world in 80 particles – Of rice and rice Pitha 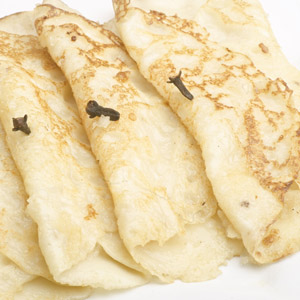 Rice forms a part of staple diet for half of India’s population and given the fact that the figure is slightly more than 1.3 billion, I leave you to do the number crunching and find out what should be the per capita consumption and how the agriculture system copes with that. Part of my job (and the reason why I love it!) is traveling and that brings me in contact with diverse cultures, people and most importantly their food. And I love to delve into the history of food as that gives a much florid picture of a region, it’s people, their history and even weather and lifestyle changes. When not reading and rereading Tintin for the nth time and scouring literature on military aviation, I read a lot about food and Coleen Taylor Sen’s Feast and Fast: History of food in India sits right on top of my bookshelf.

Rice was one of the original source of carbohydrate for the people of Indian subcontinent till probably the 13th-14th century and gradually after that wheat gained importance because of socio-cultural and political changes. A variety of paddy are grown in India and in the last hundred years or so processing and cultivation of these varieties have undergone a tectonic shift.

Traditionally milled rice is used for a lot of desserts like Pitha (a sort of rice cake) made on certain special occasions related to agricultural harvests in the eastern part of the Indian subcontinent (Assam, Bengal, Orissa and Bangladesh). In my grandmother’s time, this milling process used to be accomplished using manual stone mills which nowadays have vanished from urban homes (in fact the stone mills used to be a good fitness equipment’s for the ladies of yesteryears). What has contributed more to the vanishing act is the easy availability of rice flour or milled rice in the stores and supermarkets because interestingly rice flour is not only used in Pitha or Idli (a kind of rice dumpling in south India) but as an additive in processed food which again has seen a boom in last two decades. Rice flour is a particularly good substitute for wheat flour, which causes irritation in the digestive system of those who are gluten intolerant. Rice flour is also used as a thickening agent in recipes that are refrigerated or frozen since it inhibits liquid separation. The human tongue (the best rheometer!) can distinguish between texture of a stone milled rice and one which is milled using a mechanical mill e.g. hammer mill. In fact, the cooking process, form and chewability of Pitha changes from a stone milled one to a hammer or cyclone milled one. 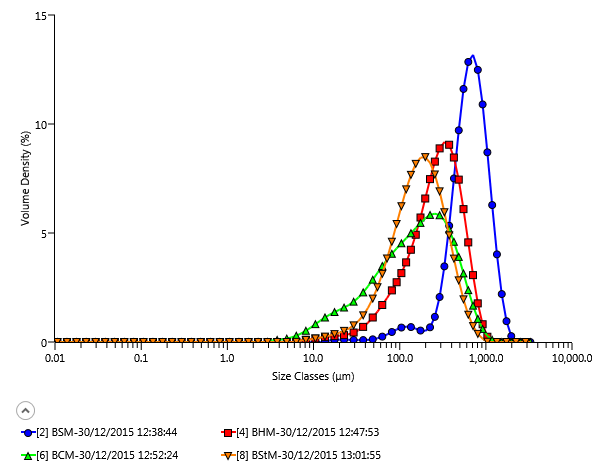 The super milling (BSM), which employs metal surfaces for grinding, produces the largest size of particles but surprisingly has a comparatively narrow distribution. This results in a free-flowing powder but having poor packing efficiency thus may result in voids when packed tightly in silos and large kitchen containers. The issue of poor flowability not only dogs a Pitha maker while retrieving the flour from a container but also while preparing the same. Rheology as a function of particle size changes while making the dough which in turn subtly changes the texture and chewability!  Using a stone mill (BStM) and the cyclone mill (BCM) produces comparatively smaller particles with considerable fines and a broader distribution. The hammer mill (BHM) is somewhere in between.

Next time when my wife complains that texture and tenderness of the rice Pitha has changed since her grandmother’s day, I would know why it is so rather than pointing towards her culinary expertise which I dare not. 😊