HeNe Laser and APD in the Zetasizer

What laser is in the Zetasizer Nano series? This question came to me via one of our Malvern account managers, so I thought a brief explanation could help clarify which laser and which detector is used in the systems. The…READ MORE > 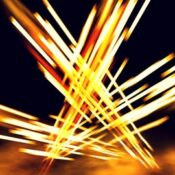 The wonder of capturing laser beams in flight

As a confirmed space-geek ever since Halley’s Comet in 1986, lasers, or perhaps I should say laser guns in their various forms, have always been a part of my life. I’m not sure if I first met lasers in Star…READ MORE >

Characterization of Metal-Organic Frameworks: The building of robust structures