A great deal happened in 2012. CERN (European Organization for Nuclear Research) announced the discovery of the Higgs Boson, London hosted a spectacular Olympics and the Malvern blog notched up its 2nd birthday! From lasers and light scattering to viscometers…READ MORE > 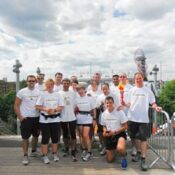 Hello, I’m Catherine Egan and responsible for organising events, such as this one, when our UK runners joined French colleague Christophe for the last 10Km of his epic Paris to London run.  In an earlier blog on the Olympic, we were pleased…READ MORE > 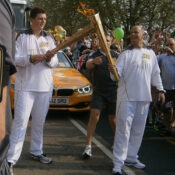 The Olympic Torch Relay passed through Malvern this morning on its epic 8000 mile journey around the UK to the Olympic Stadium in London. Our local council have been working hard with a range of people and organisations to ensure…READ MORE >